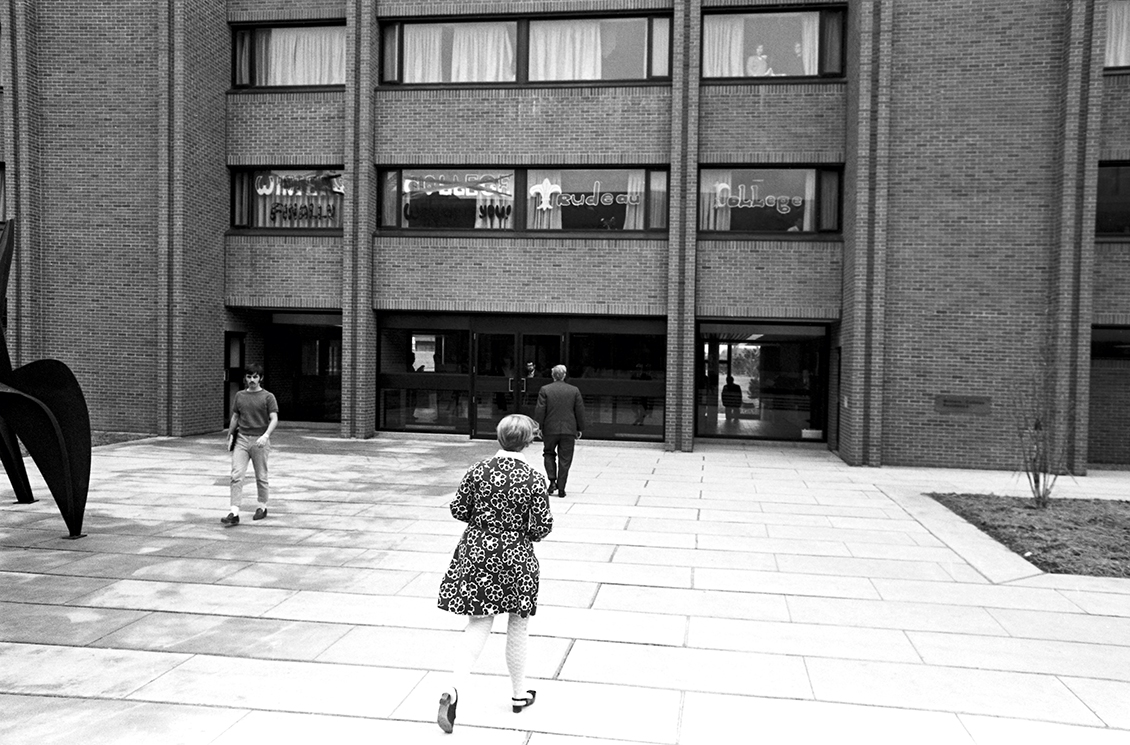 Winters College is named for Canadian industrialist Robert Winters, a prominent Liberal politician who became chair of York’s board in 1959. Steering the University through the early years, Winters jump-started the building of the Glendon and Keele campuses and spearheaded the University’s now-sizeable art collection – so he deserved the recognition. But after he ran for the head of the Liberal Party in 1968, losing by a wide margin to Pierre Trudeau, students didn’t think so highly of him. Winters lacked Trudeau’s charisma, for one thing. But then again, who could compete with that? Regardless, in a year when student riots were erupting in Paris and campuses were burning across the U.S., students at York staged their own act of insurrection when they hung homemade banners in the windows and on the walls of the University’s buildings, proposing that Winters be renamed Trudeau College. It did not happen. Winters died of a heart attack the following year – a completely unrelated matter – and Trudeau went on to become prime minister, sparking riots all his own. Today, both men are fondly remembered, but only Winters got a York building named after him. You win some, you lose some.  ■