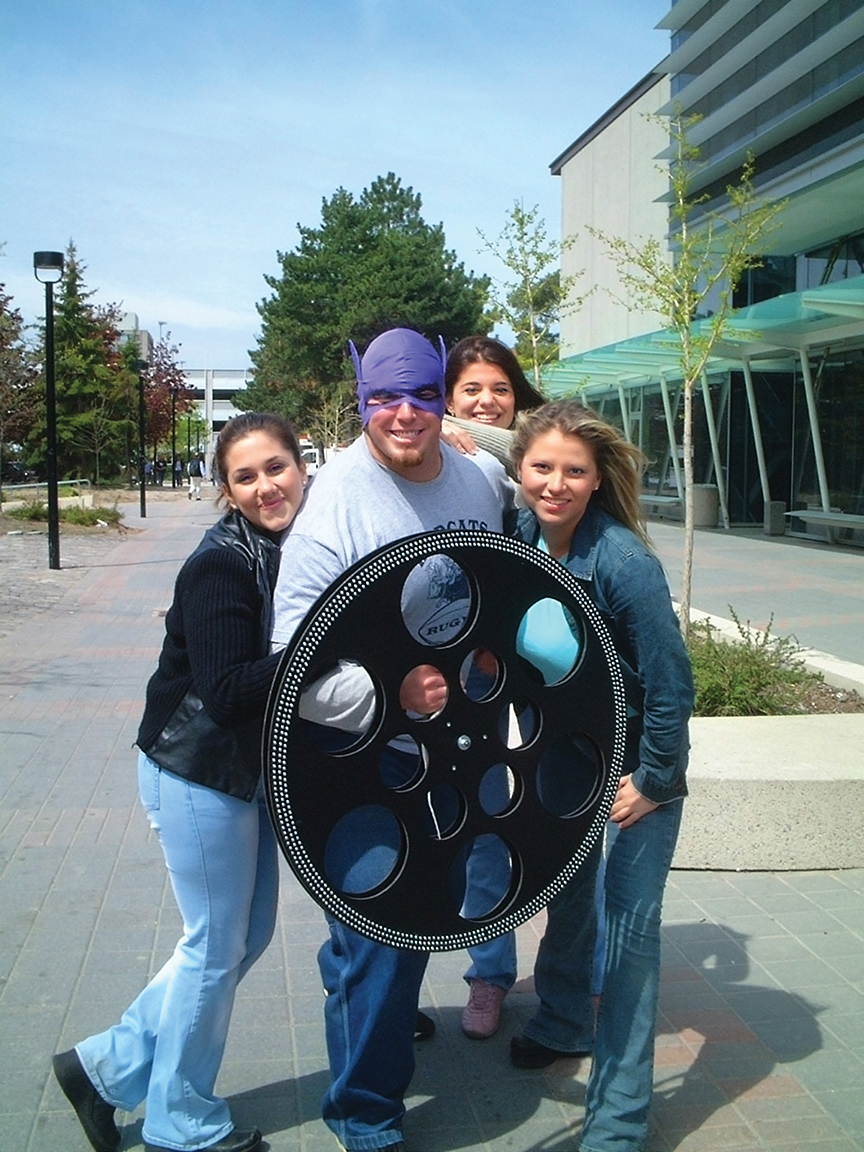 In 2003, York University’s 24th annual Science & Engineering Olympics attracted more than 800 high school students from across the country to participate in a series of science games aimed at getting young people engaged in scientific research and discovery, one of the University’s recognized strengths.

Most of the activities took place in and around the Computer Science & Engineering Building (now the Lassonde Building) at York’s Keele Campus, with prizes going to the top three schools emerging from the day’s competition.

Supported by the Canadian Space Agency, York scientists have literally flown high – into outer space and back. Some of the students who attended the 2003 Science ­Olympics – like those shown here – wanted to emulate those superhero feats by ­holding up science projects that roll outside the box.  ■