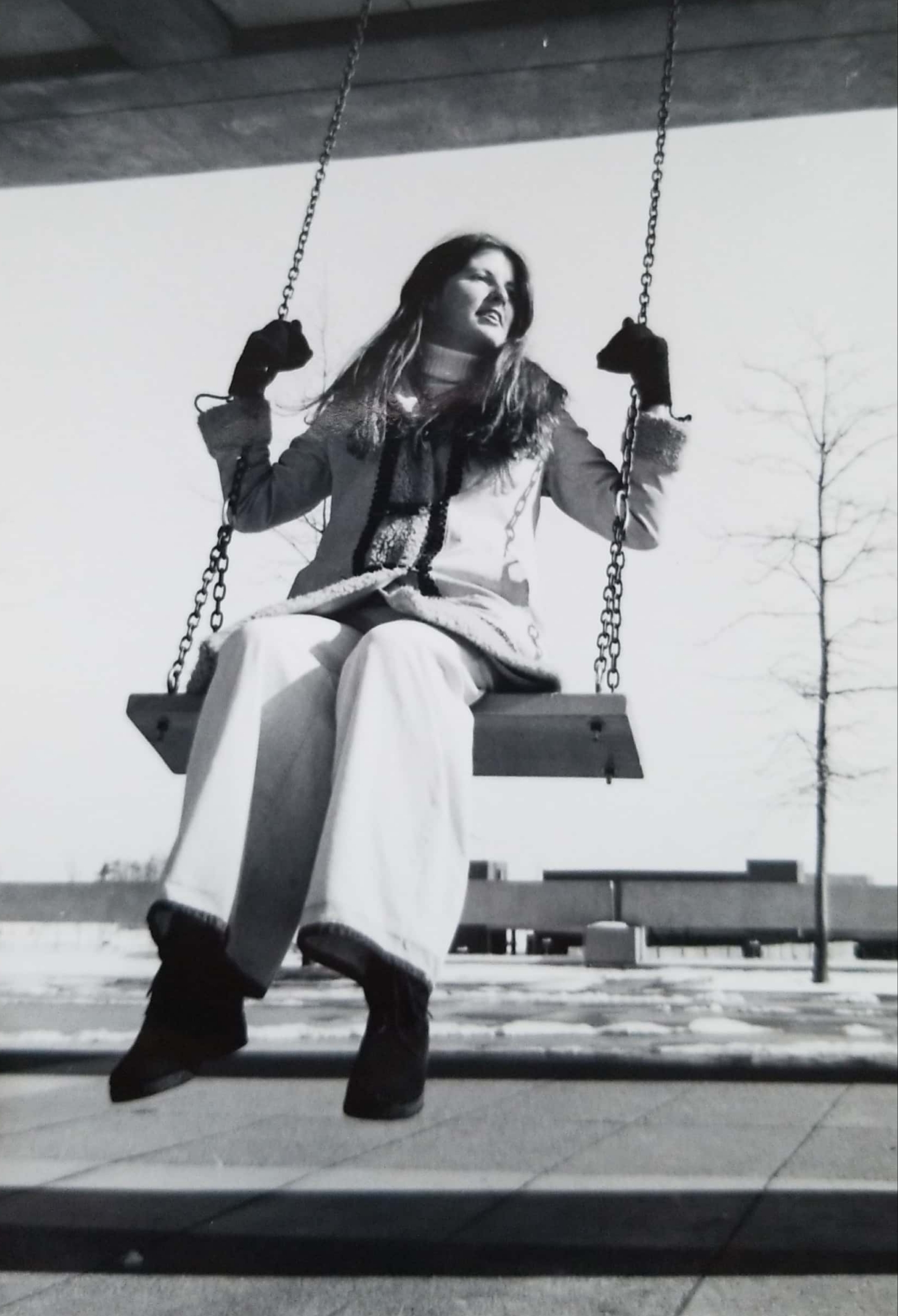 Design Class, February 1973. Professor George Manupelli (founder of the Ann Arbor Film Festival) proposes that students reinterpret a part of the University and do it on a large scale. Taking up the challenge, Wendy A. Thomas (BFA ’75, MA ’84) homes in on the imposing Ross Humanities Building, which, at the time, loomed over the wide-open spaces of the Keele campus like a fortress, complete with an enormous ramp and what resembled a portcullis separating its two towers. Calling it the Humanities Building seemed ironic, thought the student, who then set out to make it a little more human with the addition of an 18-foot swing she had installed at the building’s south end. Everyone enjoyed it, including a laid-off worker who came to sit on it, dangling his legs. His photograph appeared in Excalibur, catching the eye of security, who determined the swing was a safety hazard and had it removed. End of swing – but not of the original idea. Years later, and thanks to that York design class, the student continues to engage in art that reinterprets her environment. Visit wendythomas.ca to see recent examples of her work.  ■