Founded in 1959, the success of York University was far from guaranteed, especially during the early, tumultuous 1970s, writes former York president Lorna Marsden in her new book, Leading the Modern University (University of Toronto Press). 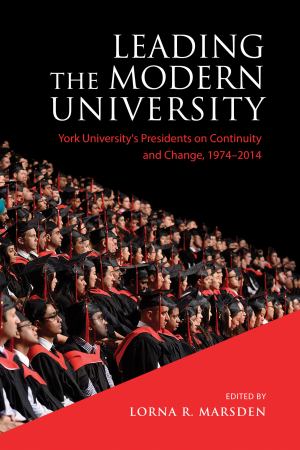 Marsden documents the challenges and solutions that five successive university presidents – H. Ian Macdonald, Harry Arthurs, Susan Mann, Marsden herself and Mamdouh Shoukri – encountered from the early ’70s up until 2014. Interestingly, each president has contributed a chapter covering her or his own years in office in which they describe and analyze the challenges they faced regarding financing, morale crises and succession.

Leading the Modern University reveals that large public institutions often have internal dynamics and external forces that supersede any individual leader’s years in office. This book is a case study for those interested in organizational change as seen through the leadership eyes of a major university during a dynamic period in higher ­education.

It’s called A Little History of Canada. But the sweep of the story makes it feel as luxuriantly voluminous as a Prairie wheat field