Red & White All Over

Candy-cane striped scarves flapped in the wind. Signs emblazoned with “This is Impact” were hung from Steeles Avenue to Keele Street and across York University’s Keele campus. A familiar chant rang out: “Deep in the heart of the York U jungle, you can hear the Lions rumble.”

York’s indomitable spirit ushered in the on-campus launch of Impact: The Campaign for York University, a $500-million fundraising and alumni engagement initiative – the largest in the University’s history. Coinciding with Red & White Day, a semi-annual celebration of York pride and accomplishments, on Sept. 29, 2016, the festivities focused on the impact York has on its students, alumni, faculty and staff, and the positive impact they in turn are making on the world.

Although the Impact Campaign kicked off publicly in April 2016, the on-campus launch provided the opportunity for a more intimate, community-oriented celebration of the University and its vision for the future.

“The success of this campaign depends on an inclusive effort, and the campus campaign launch encourages our on-campus community to celebrate York’s impact in a way that is relevant to them,” says Jeff O’Hagan, York’s vice-president of advancement. “York is experiencing momentum on so many levels, and this campaign represents a tremendous opportunity for the future. York’s achievements have been made possible by the strength of its community – its students, alumni, staff and faculty. Our on-campus community sustains and strengthens the York experience on a daily basis.”

More than 1,000 attendees gathered at the York Lions ­Stadium for the keystone event of the campaign launch, the spirit rally, which featured performances from WIBI (the Winters College a cappella group) and the Hip Hop Dance Club at York, as well as celebratory speeches from members of the faculty and administration.

“Impact starts with you, the people who make our university what it is,” said President and Vice-Chancellor Mamdouh Shoukri to the crowd. “Thank you for helping to make this Red & White Day our biggest and best celebration yet. We have accomplished a lot in our 57 years, but York University’s true impact has only just begun.”

The rally culminated with a highly anticipated appearance by alumna Lilly Singh (BA ’10). Better known by her alias IISuperwomanII, Singh is a vlogger, actress, comedian and rapper whose YouTube channel boasts more than 10 million subscribers and has accumulated more than 1.5 billion views. Among her long list of triumphs, she recently visited with First Lady Michelle Obama at the White House to discuss female empowerment, worked alongside actor Dwayne “The Rock” Johnson and made a cameo in big-screen comedy Bad Moms.

“When you graduate from this amazing school, you can do whatever you want to do,” said Singh. “I would never have imagined in my wildest dreams that I would be texting The Rock, going to the White House and doing all these incredible things. I’m going to encourage you in whatever you want to do to not just believe in it, but to work really hard to achieve it – I truly believe that you can do it!”

Her self-made success story exemplifies progressive ways of thinking and new career possibilities open to York graduates, which resonated especially well with the students at the event.

“Knowing that she graduated with the same major from the same school where I’m studying makes me feel that I can do anything,” said Anila Malik, a second-year psychology student in the Faculty of Liberal Arts & Professional Studies, who has been a fan of Singh since discovering her YouTube channel in 2011. “She inspires me to reach as far as she has, and makes me really proud to be a part of York.” 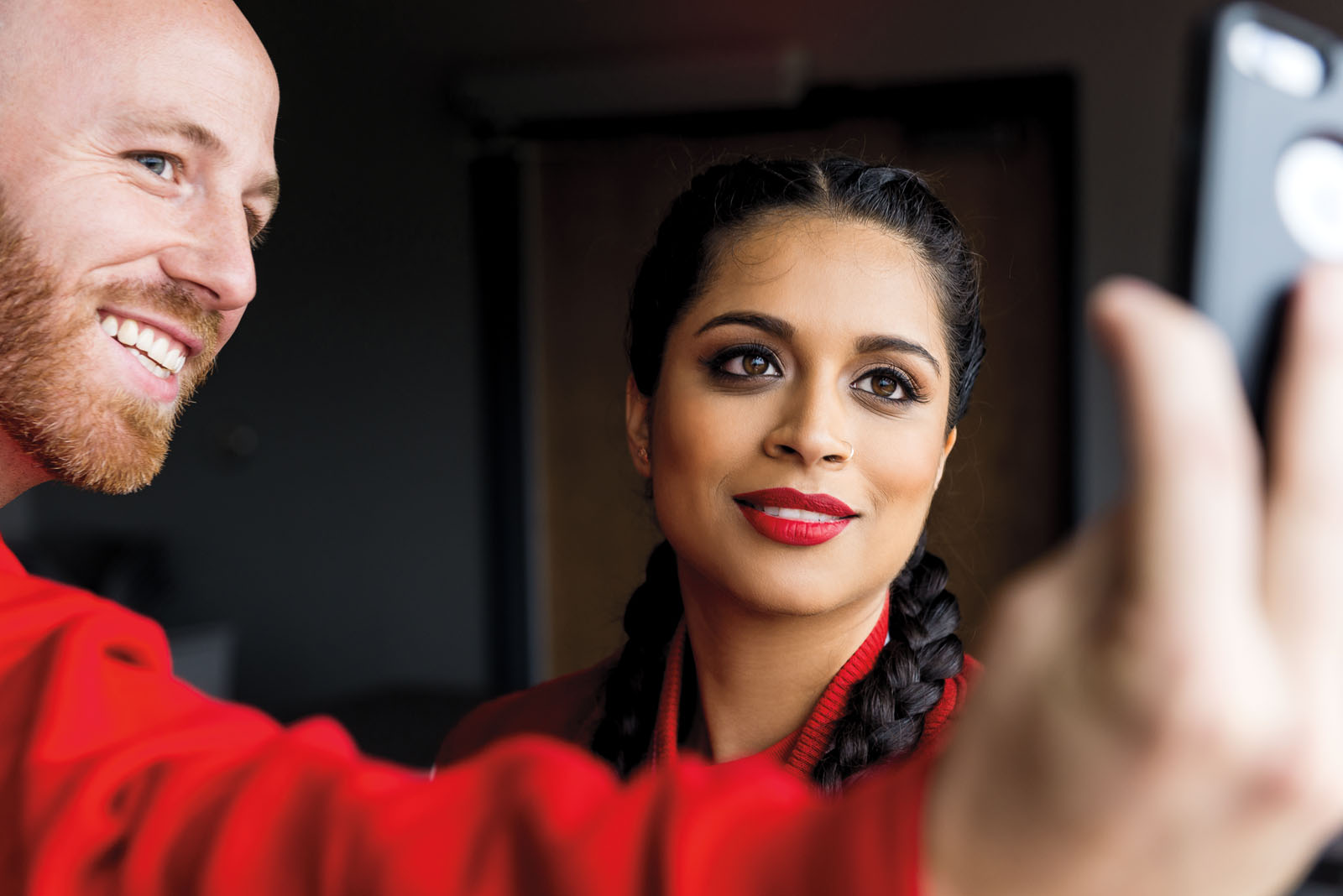 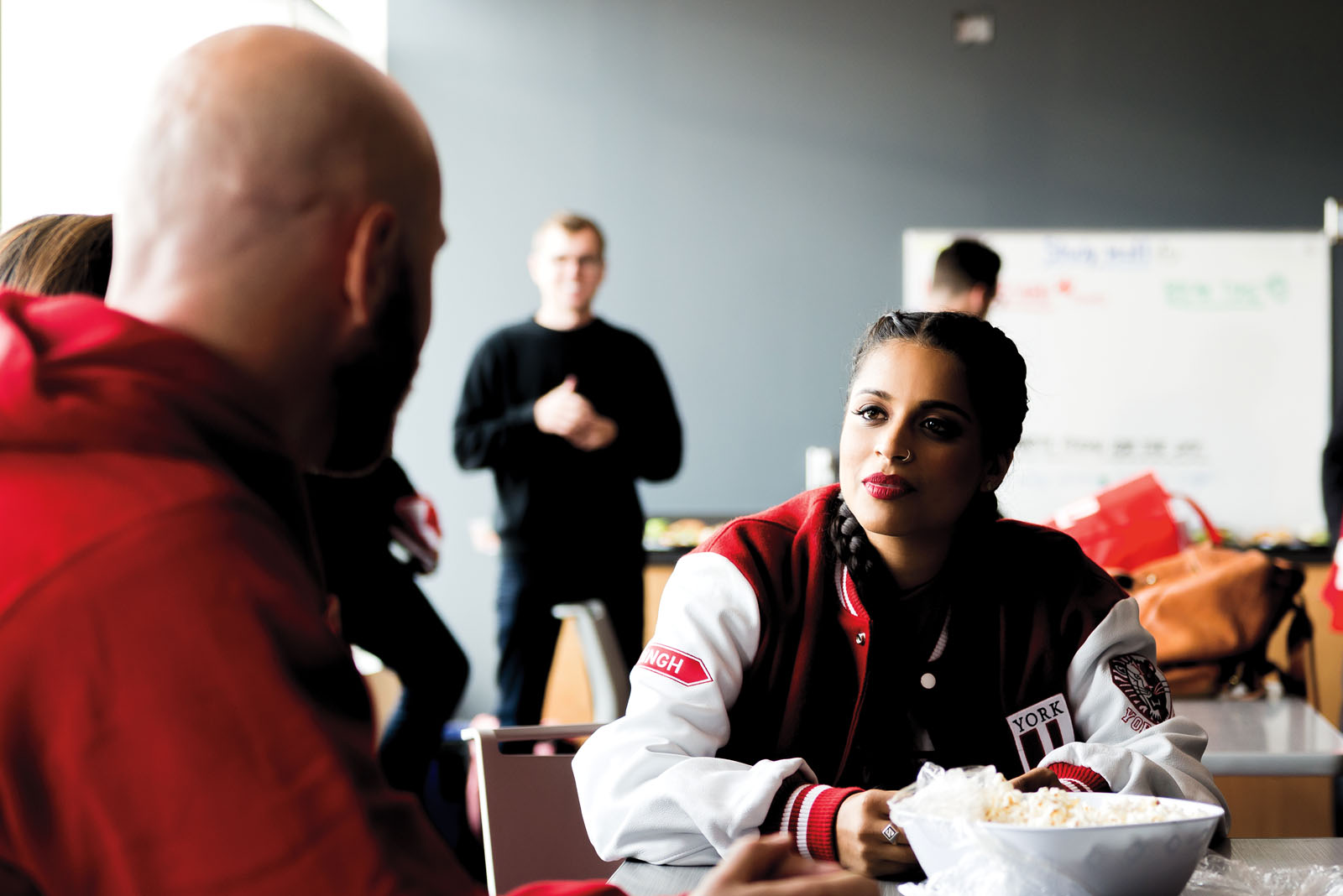 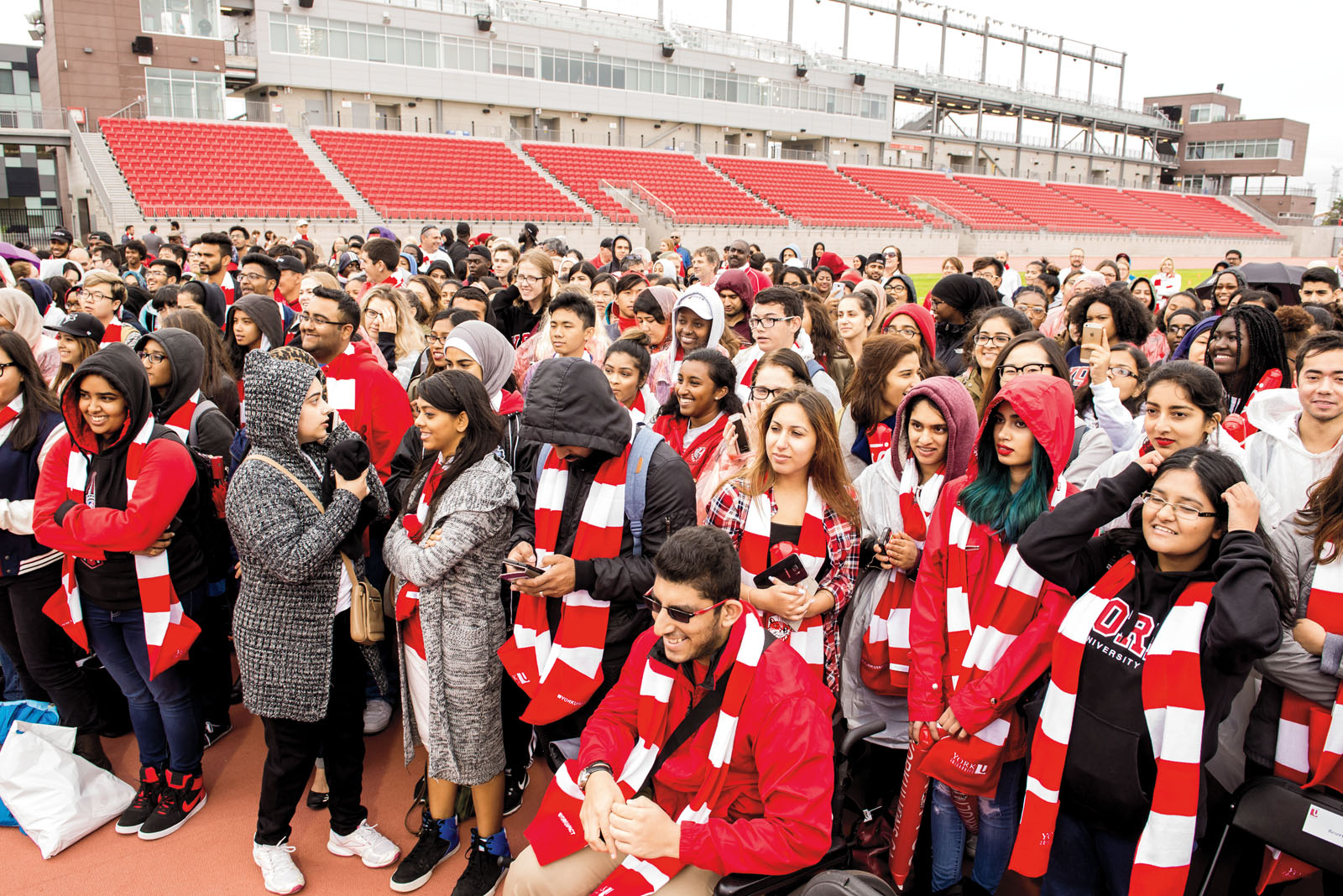 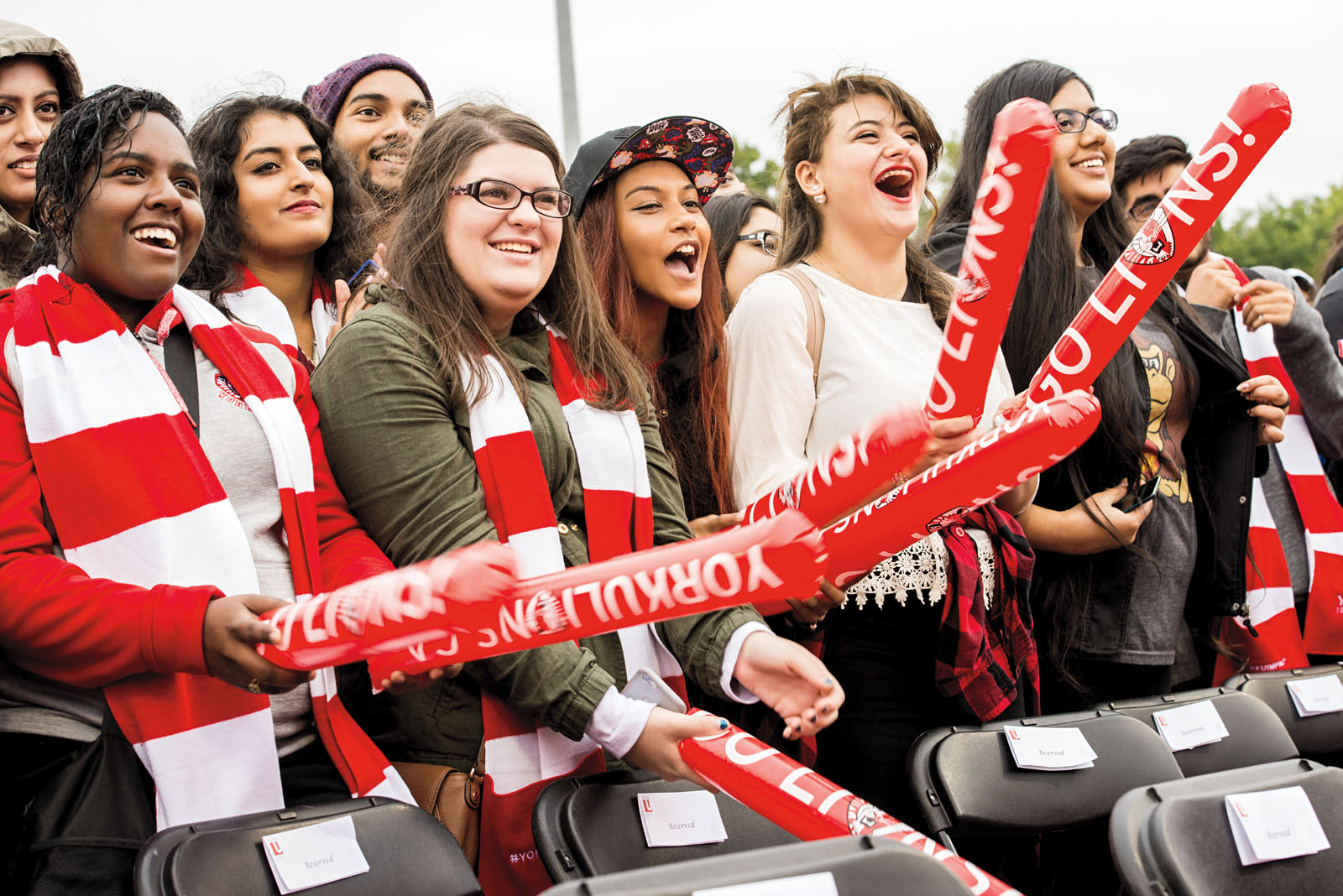 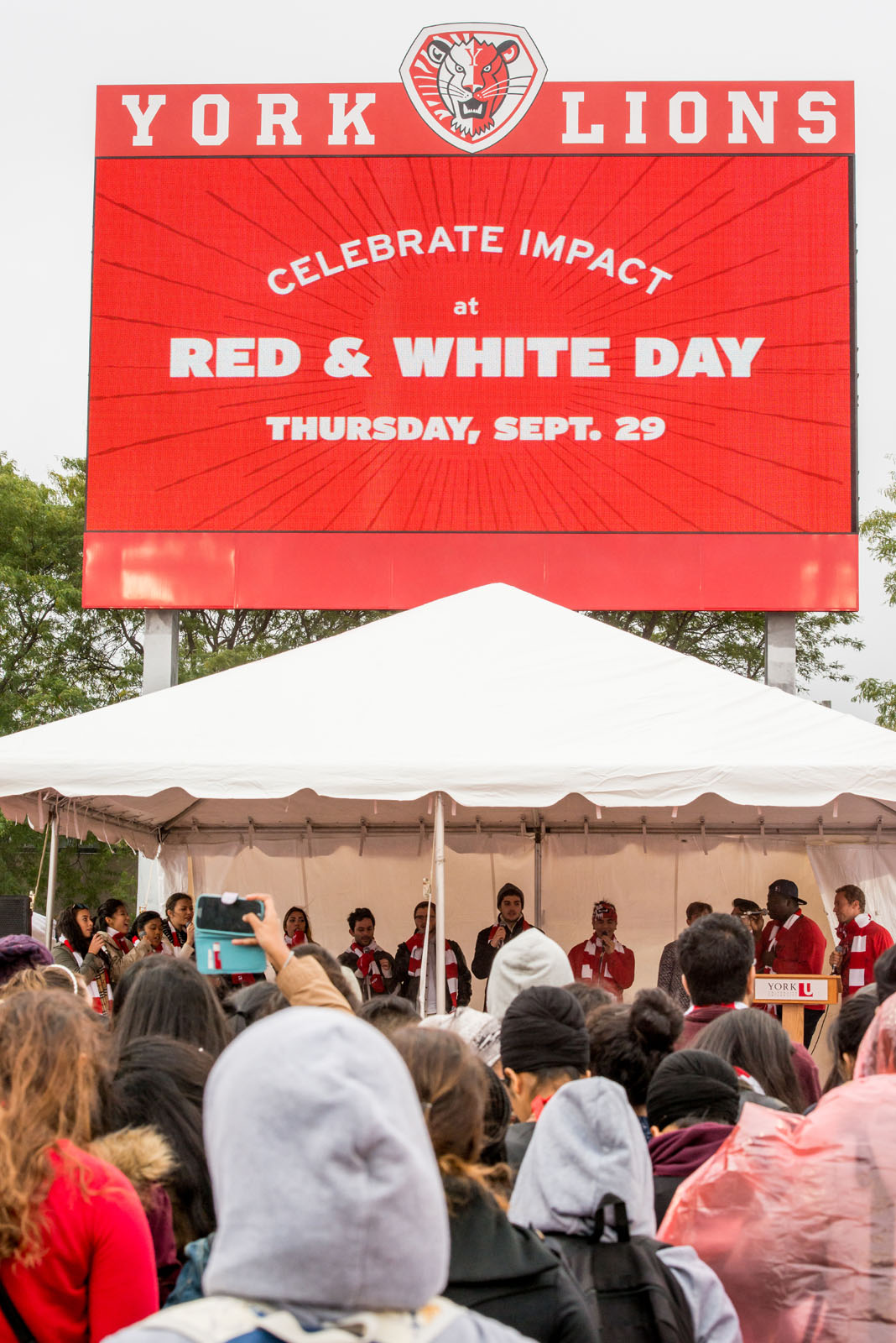 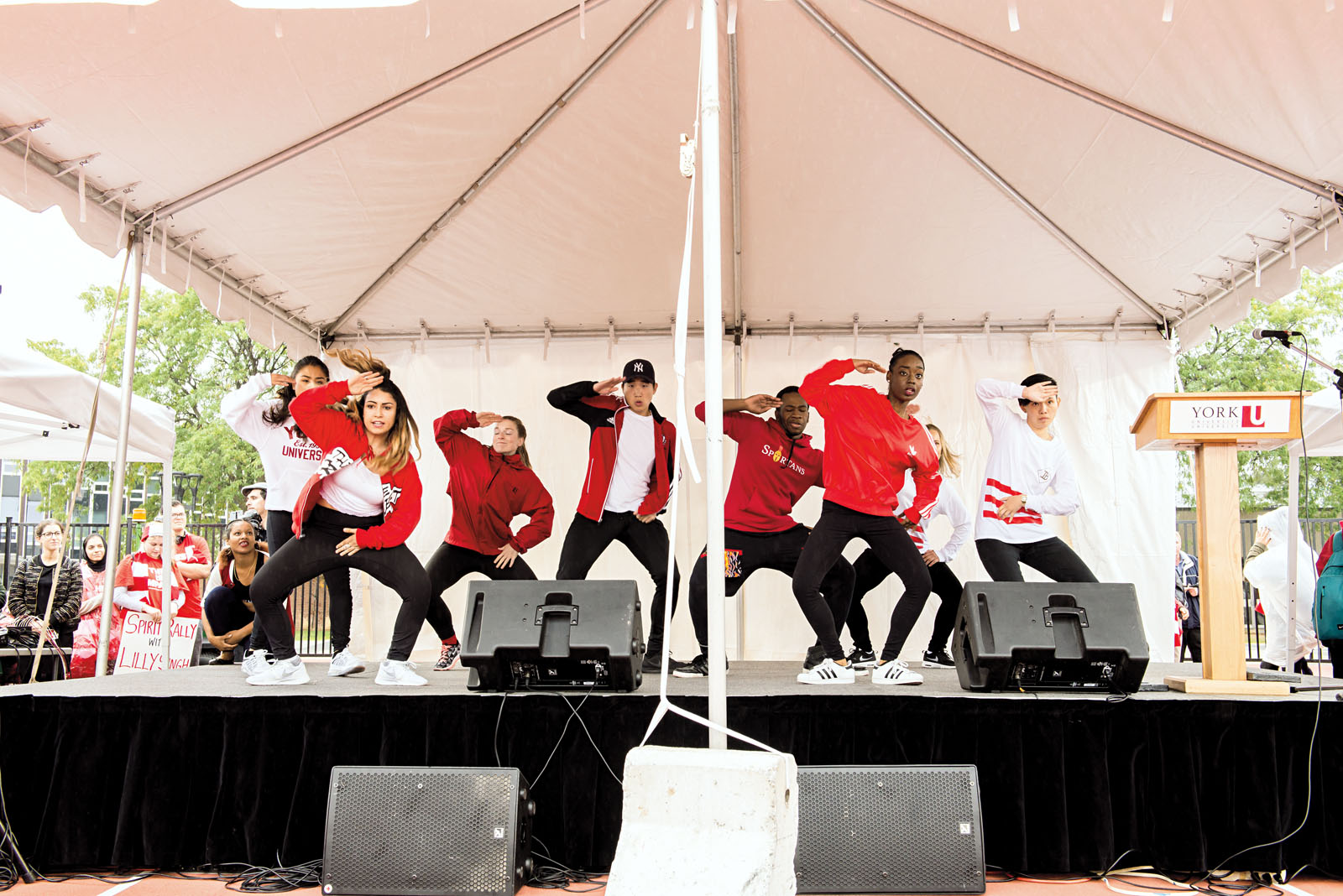 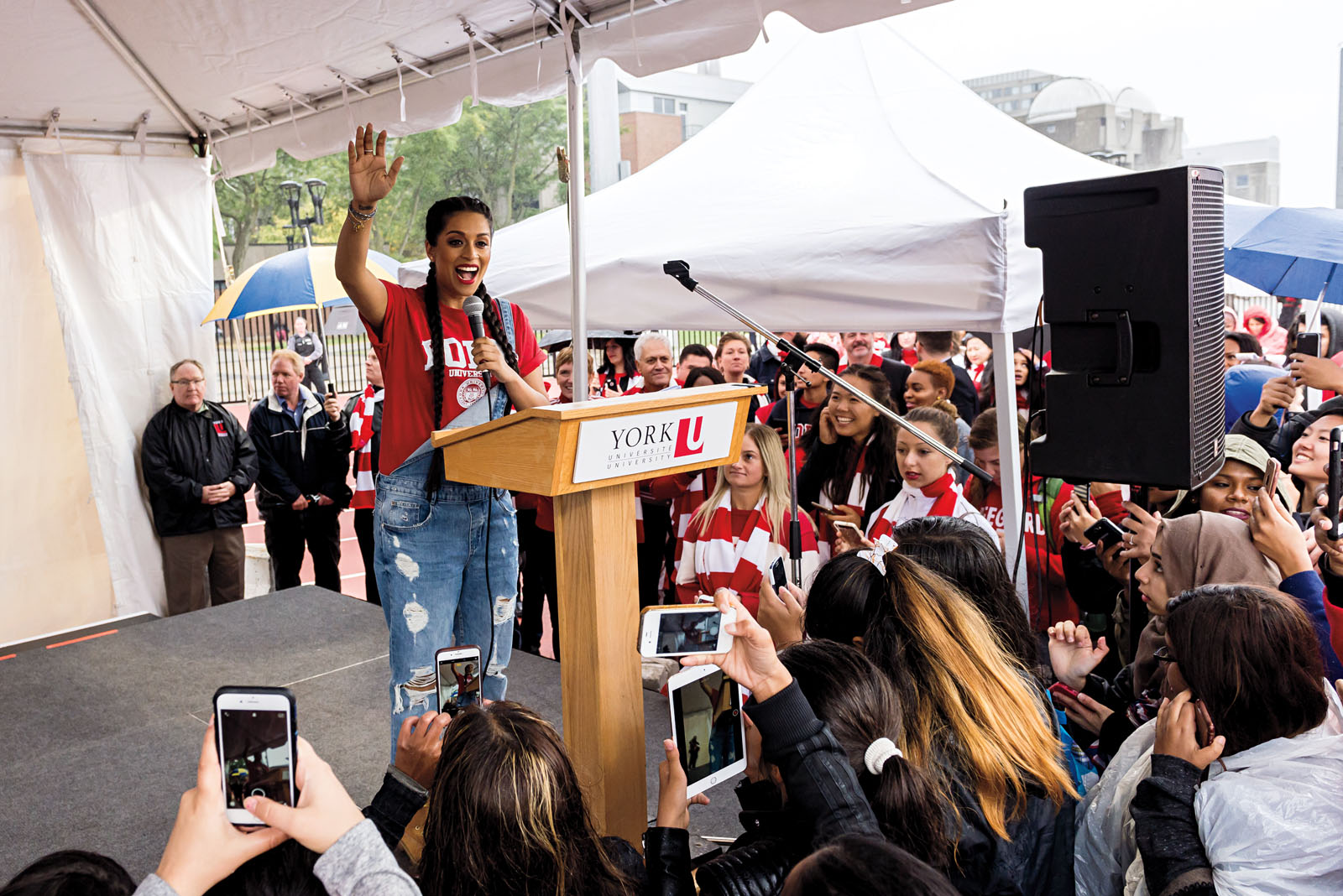 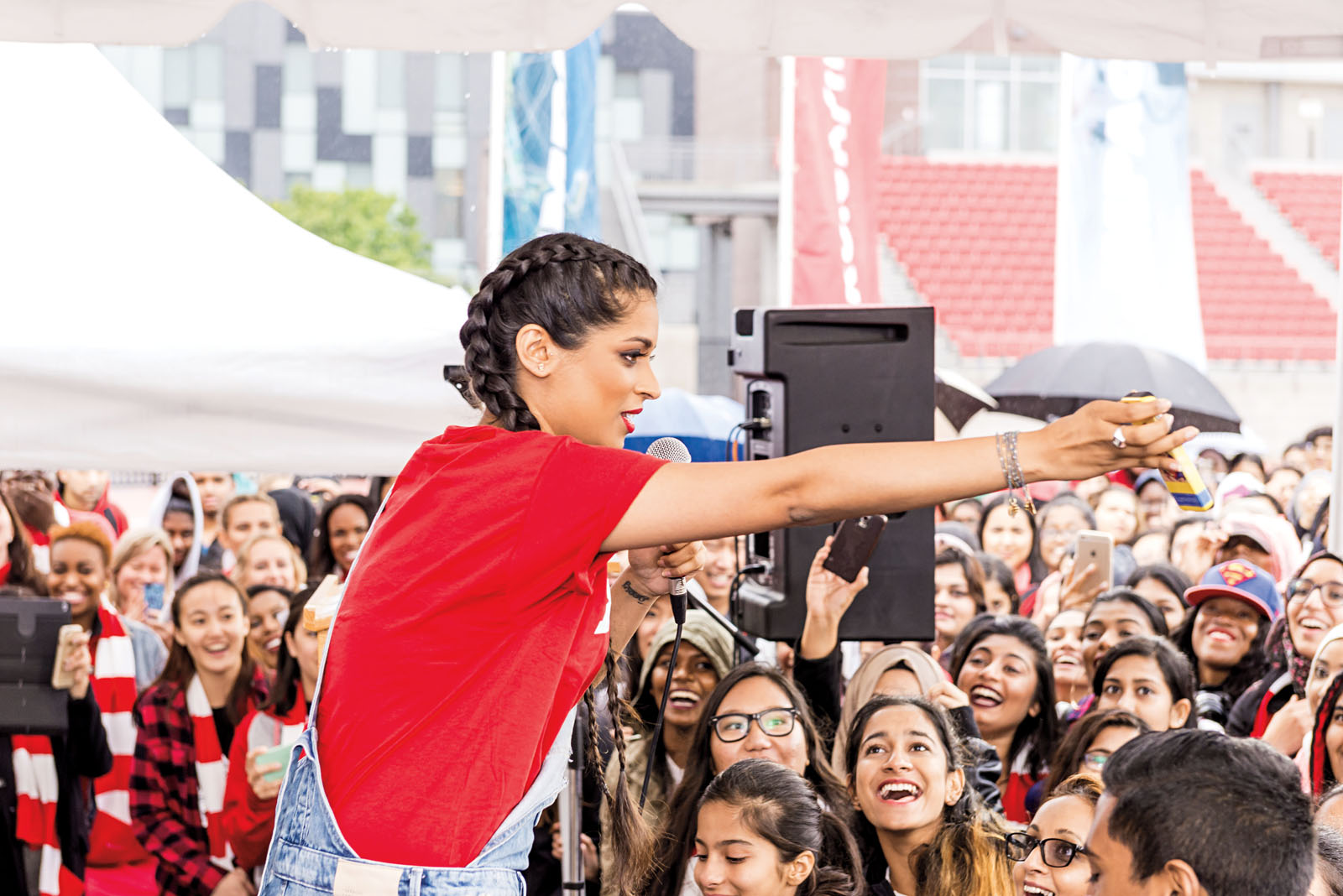 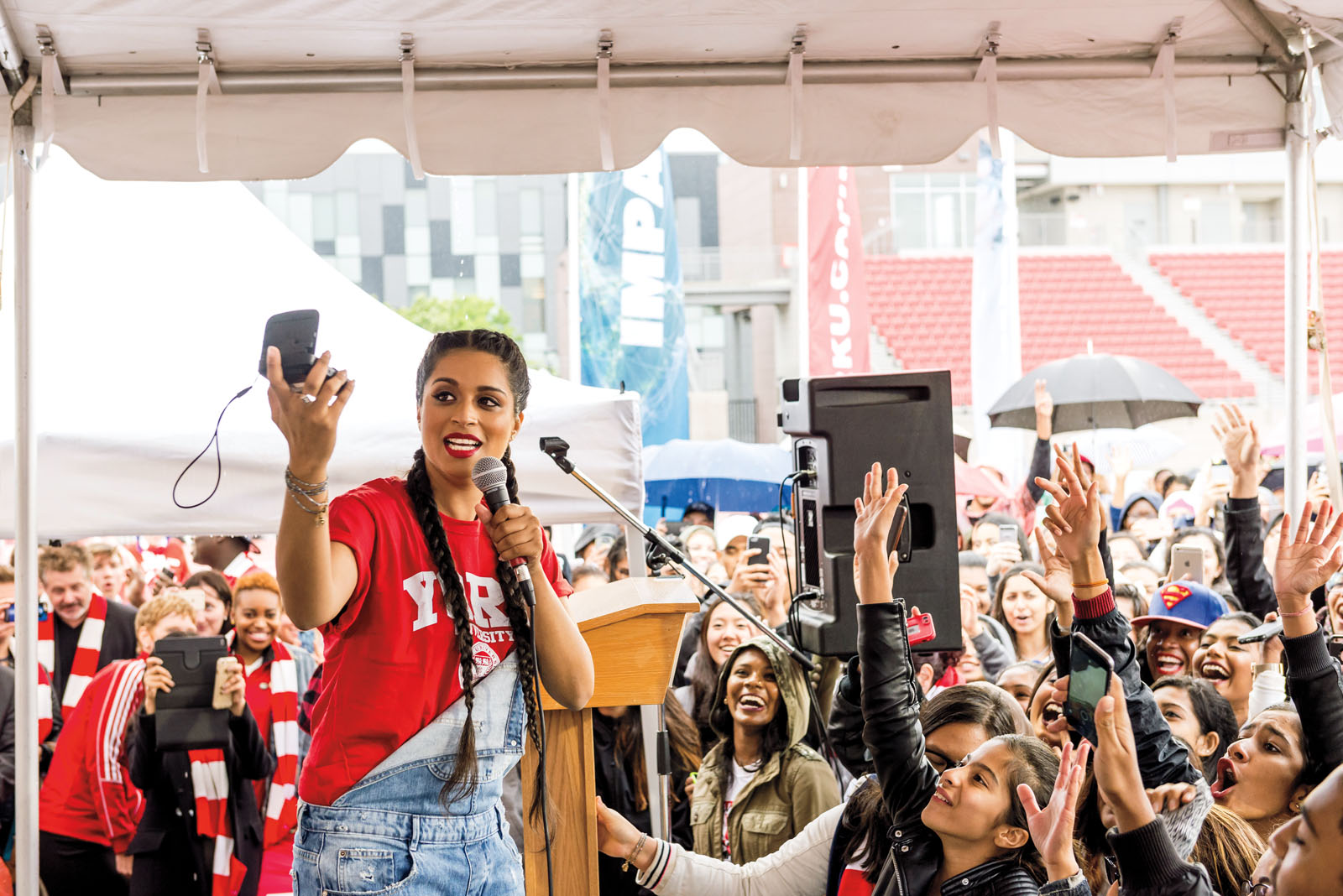 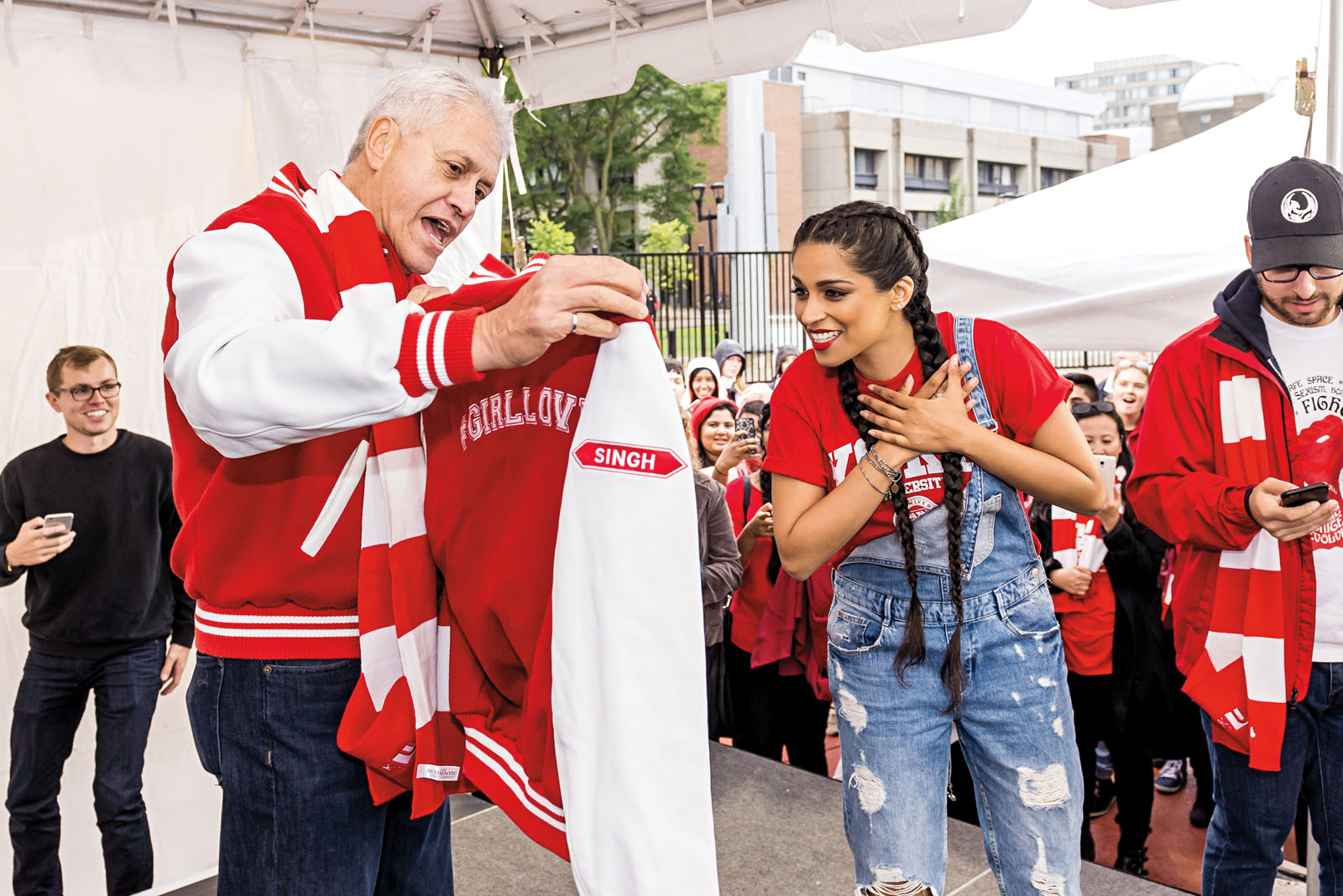