In 1965, York University was growing rapidly. Work had just begun on a new campus that would occupy nearly 245 hectares of farmland north of Toronto on Keele Street, south of Steeles Avenue. The projected vision entailed an integrated site comprising 12 colleges – each with classrooms, faculty offices, a dining hall, common room and student residence – in addition to a science building, main library and large auditorium which was to double as a theatre. When a model of the new Keele complex went on display at Glendon, the University’s first campus, it piqued the curiosity of Linda Robinson (left) and Cathy Frost (right), among York’s first students. How big would York get? A little more than half a century later, the University is again on the verge of expansion. Its third campus is scheduled to open in the fall of 2023 in Markham, Ont. The evolution continues.  ■ 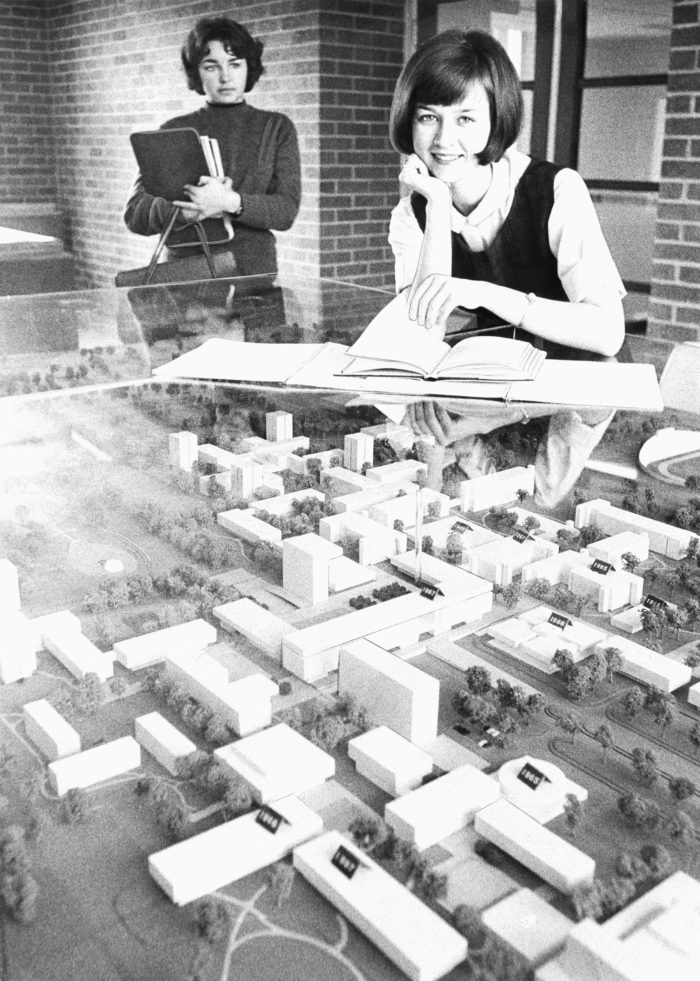