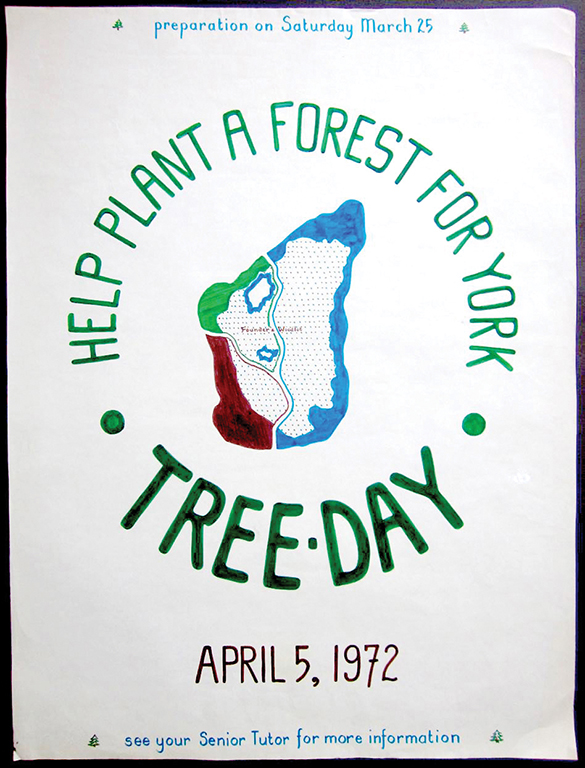 IN JANUARY 1972, York University hosted a meeting that brought together three of the era’s greatest minds to converse in the same room: Richard A. Falk, an American professor of international law at Princeton University; Paolo Soleri, the Italian-American architect and urban visionary best known for his theory of “arcology” – a combination of architecture and ecology – and Buckminster Fuller, the brilliant Massachusetts-born systems analyst, author and inventor (he created the geodesic dome that crowned the USA Pavilion at Expo 67) who used science to create a more sustainable planet and for the betterment of humanity.

The symposium, which took place at Vanier College, was not only organized by the students, they promoted it using their own creativity. One of them was Shelley Freeman (BA Hons. ’74), then a French literature student volunteering to do layout for the Vandoo, Vanier College’s newspaper. She created an original poster for this once-in-a-lifetime campus event, which she then had autographed by all three visiting geniuses. “I still have it,” says Freeman, today a resident of Montreal where she is a practising artist. “Over time, Bucky Fuller’s signature has faded, but it is still visible.” Also in 1972, students from all York residences who were concerned about the future of the environment participated in Tree Day, an event that involved planting trees in a small woodlot adjacent to Founders College. Freeman made the poster for that event, too. “I had to hand paint several copies,” she recalls, “because there was no money for printing.” 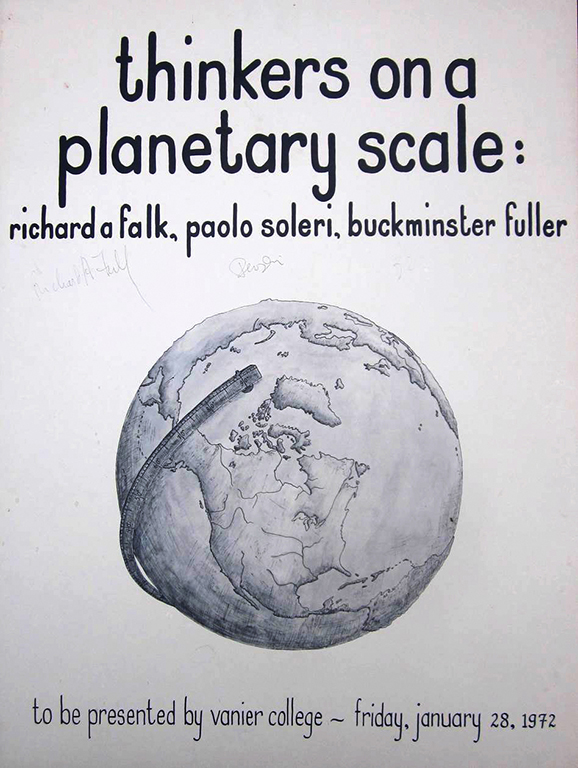