AS YORKDALE STATION GETS READY to throw the switch on a resurrected rainbow light sculpture that hasn’t dazzled the public since its removal from the Toronto subway in the mid-1990s, attention is once more drawn to its creator, Vancouver-born light artist Michael Hayden, and the other pieces he has designed with a mind to brightening everyday lives. Among them is York Electric Murals, an interactive light and sound sculpture that the 75-year-old Canadian avant-gardist and longtime resident of California produced for the Scott Library at York University in 1968, returning to it for inspiration when making Arc en Ciel at Yorkdale a decade later. Groundbreaking for its time, but long since dormant, York Electric Murals consisted of incandescent light bulbs, programming systems and an original score by Canadian composer John Mills-Cockell, Hayden’s ongoing collaborator in the Intersystems multimedia performance group. It beamed to life when passengers on the library escalator touched the sculpture at any point during their ride, activating the sound and light displays. Students and faculty alike bathed in a sensory glow meant to charge people’s batteries without them even knowing it. “I felt that students are overloaded with information and I wanted something that could be deciphered simply. It was a bold gesture,” says Hayden, who hopes the University will follow the Toronto Transit Commission’s lead in reigniting his original creation. “York gave me an opportunity to try out a new idea. I was in the right place at the right time.” 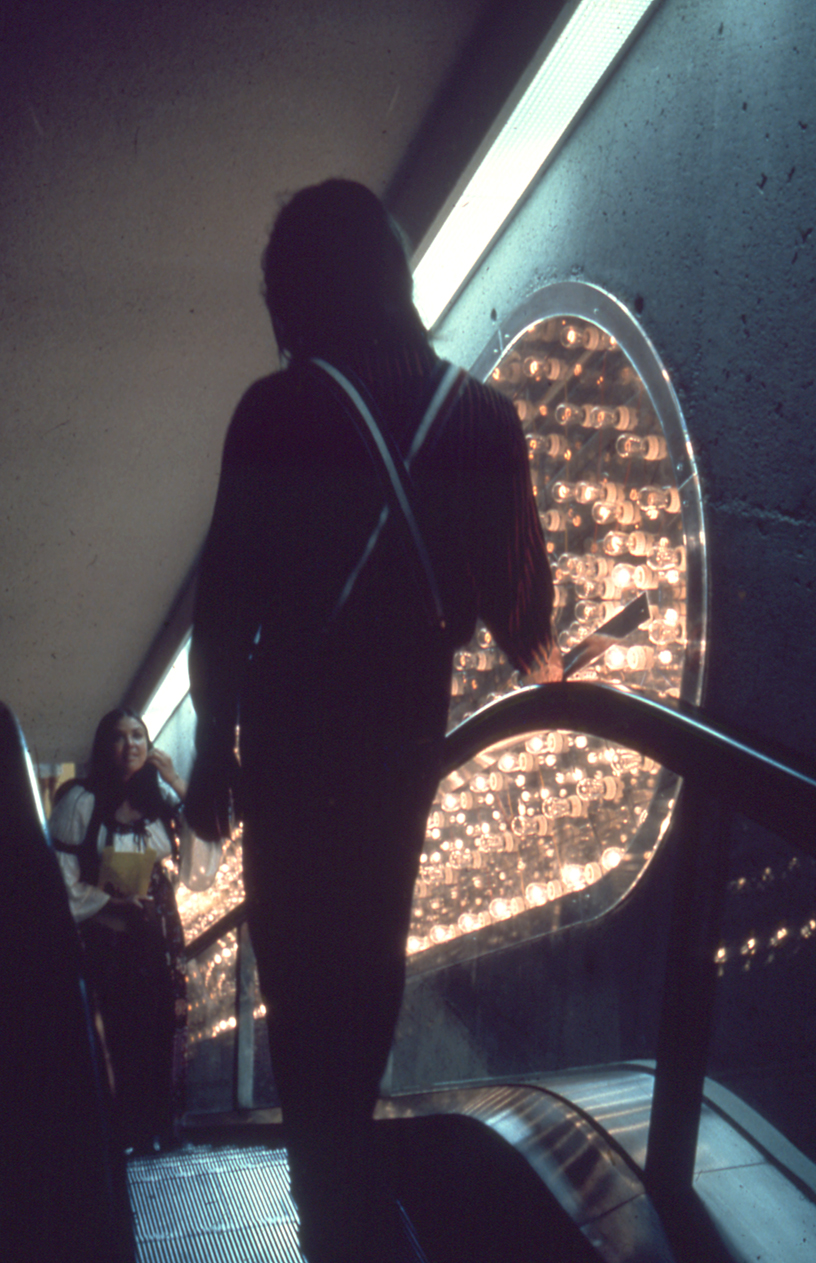 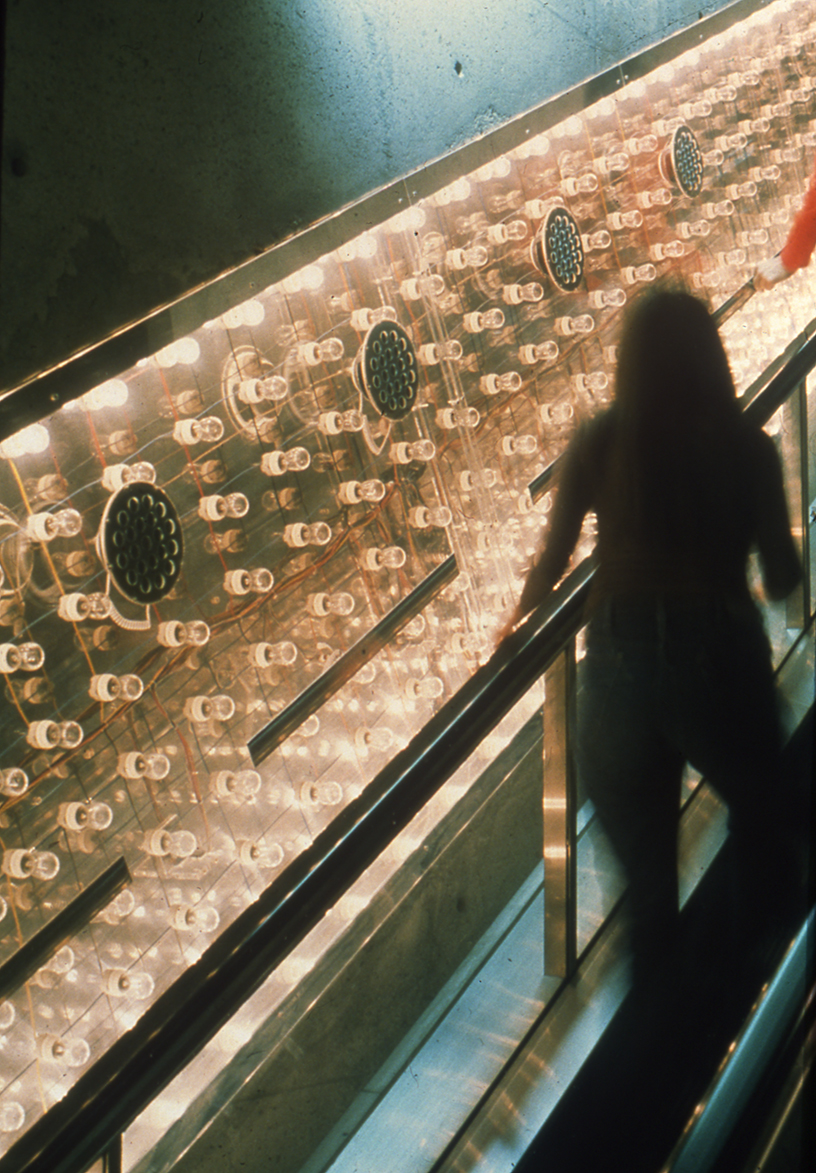 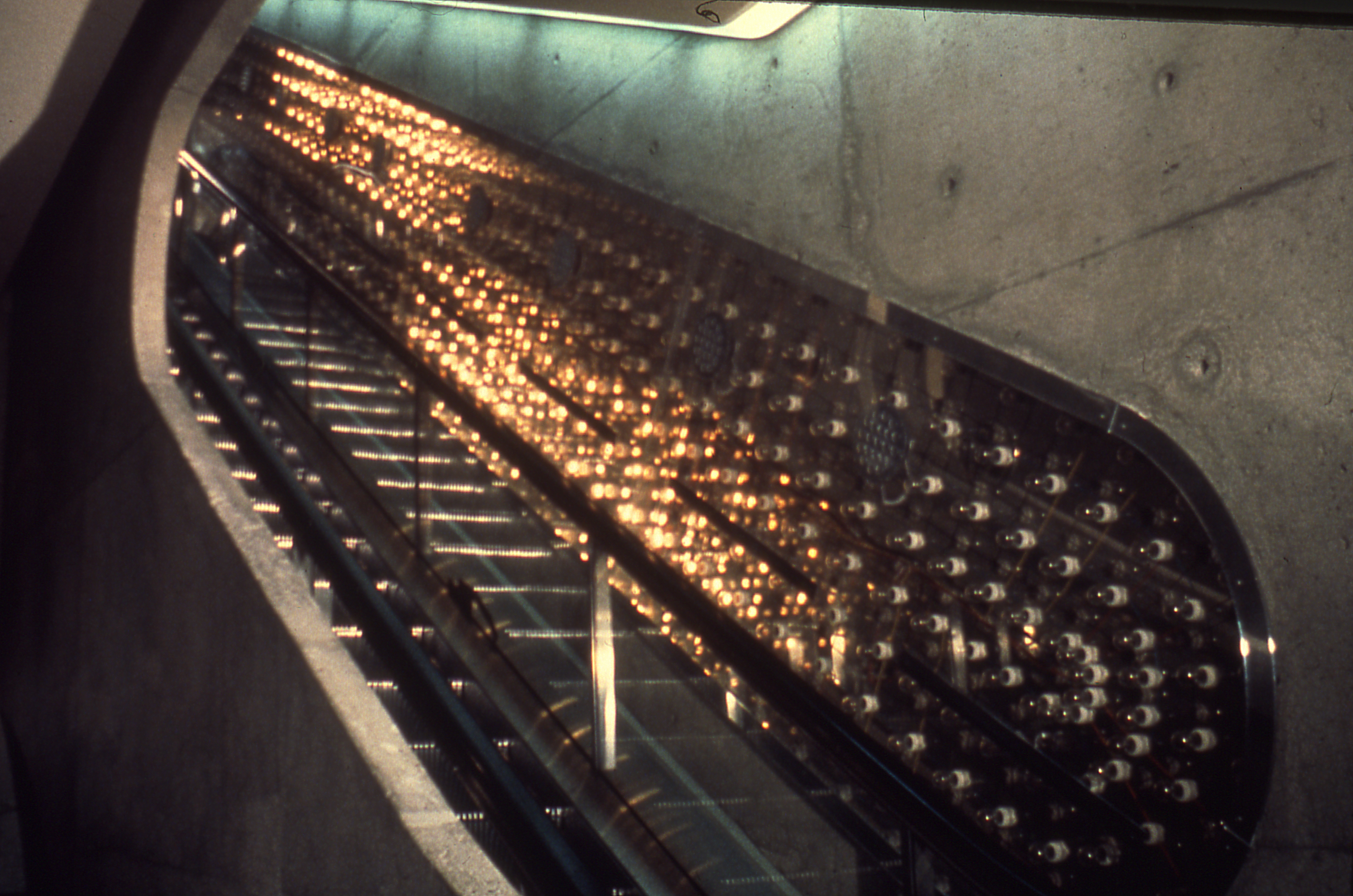 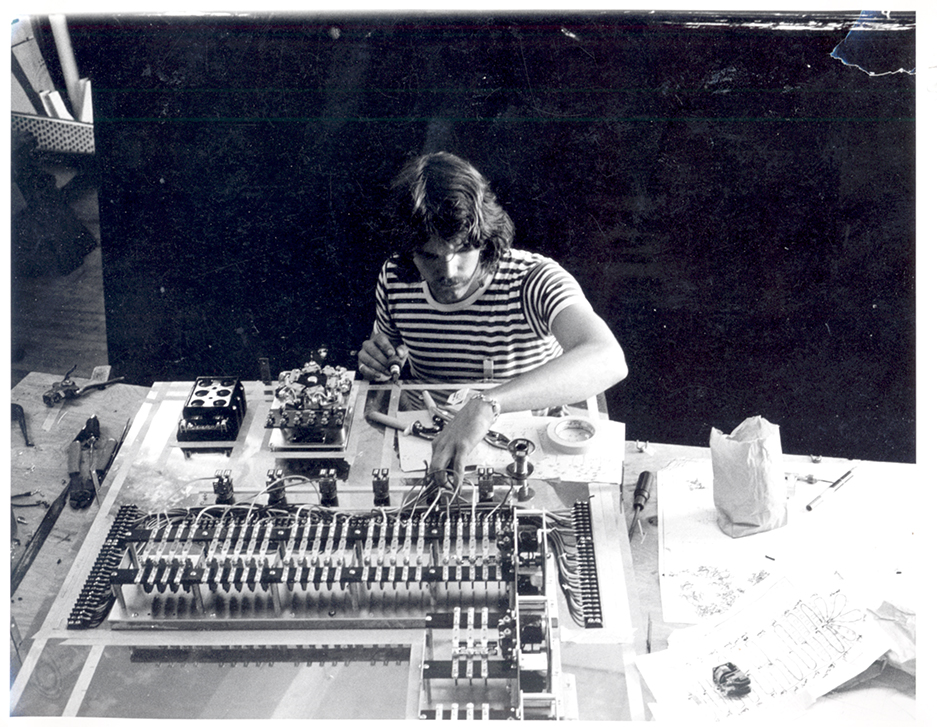 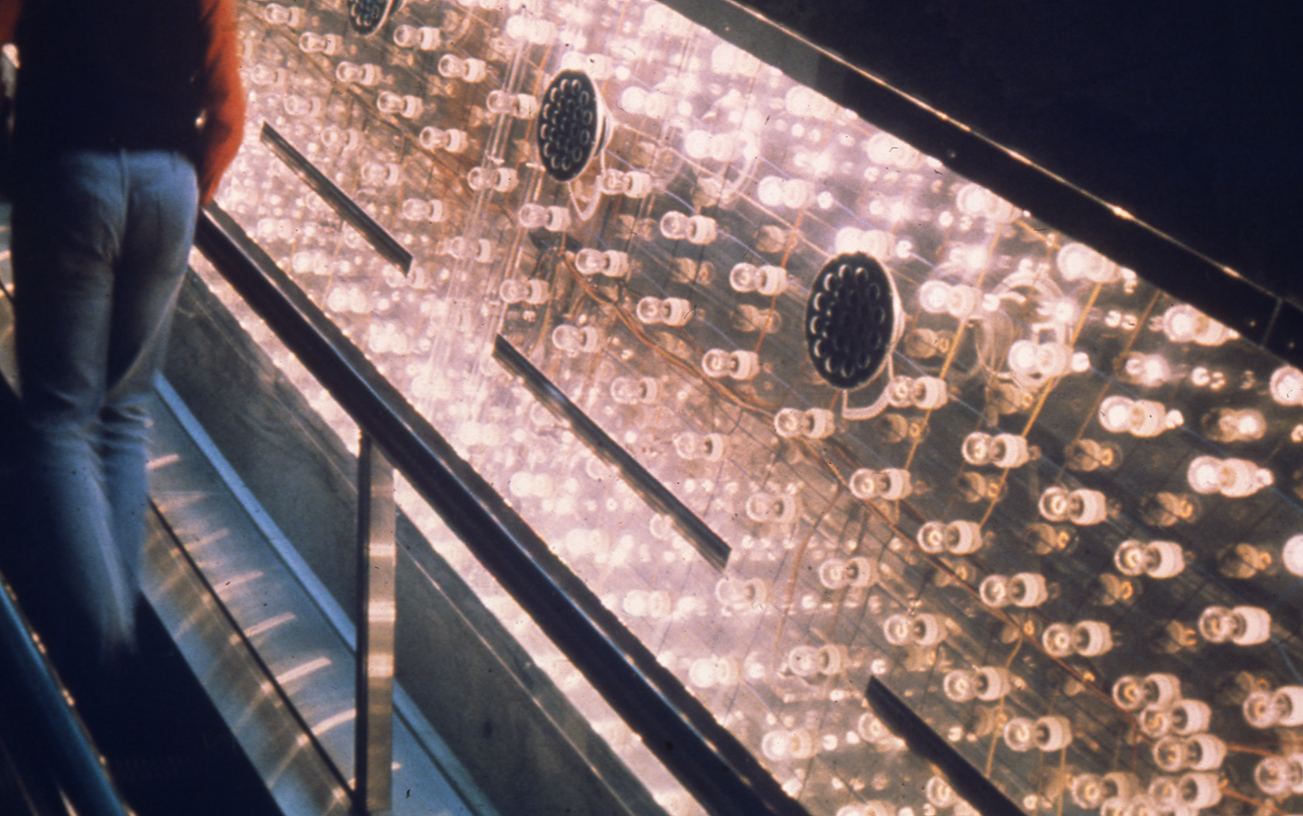 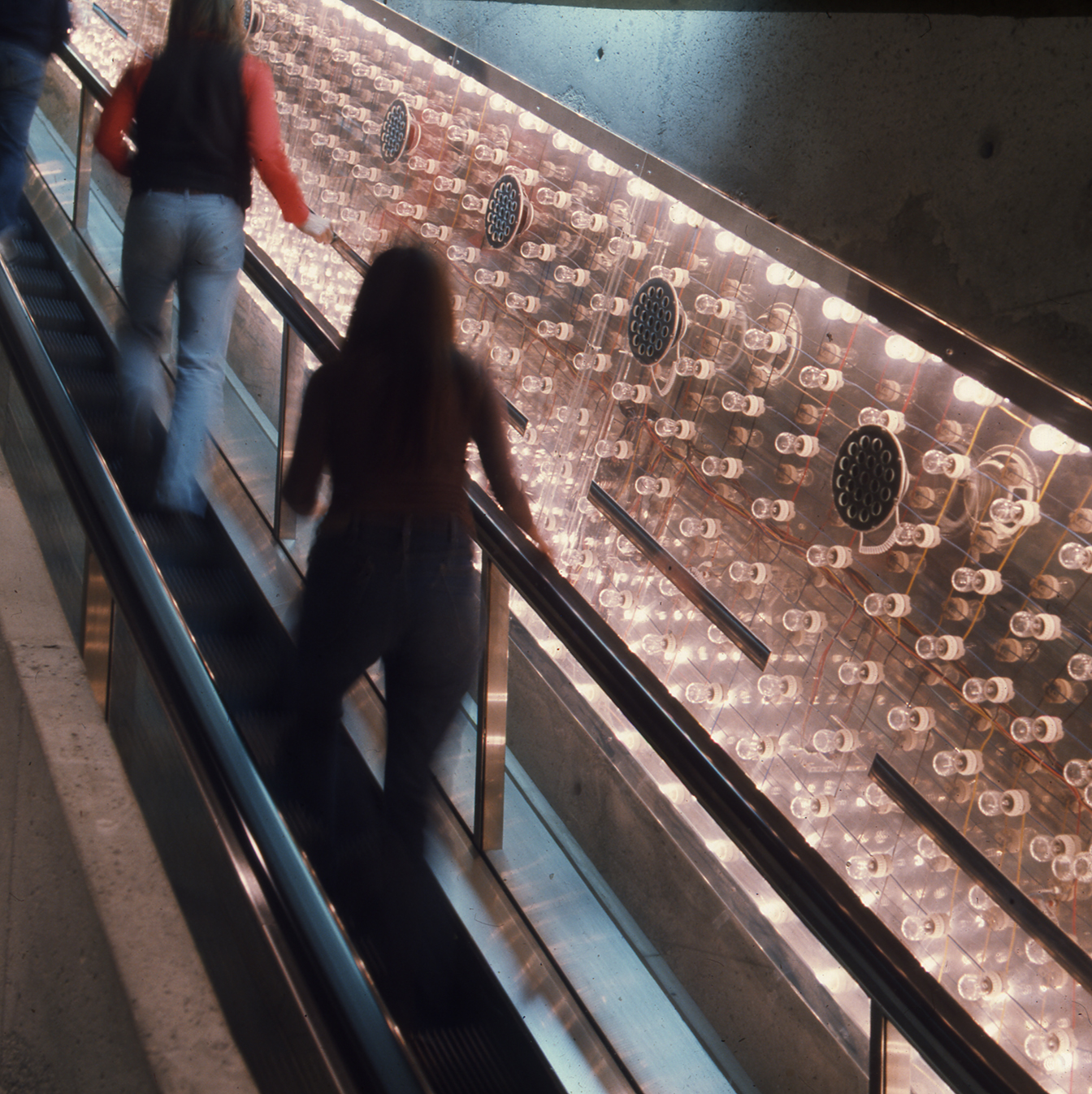