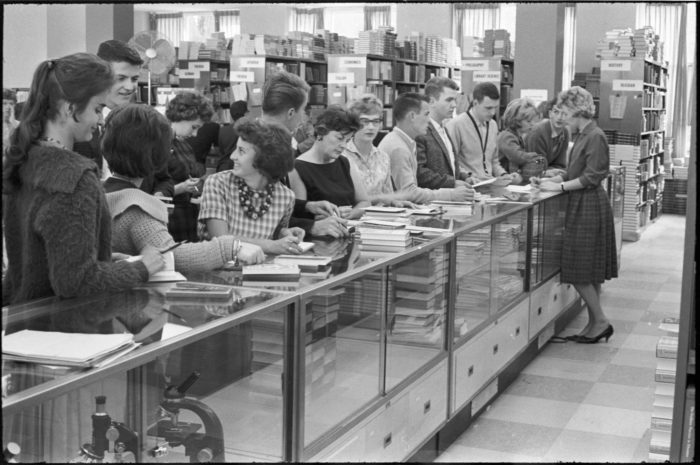 When York’s first campus bookstore opened with the launch of classes in the fall of 1961, it filled up fast. At some point, all 200 students enrolled in that inaugural year pushed their way into the overcrowded premises to buy their textbooks and swap information about their eagerly anticipated courses. This tight squeeze of a store served as the northern branch of the SCM Book Room, whose original downtown location (on St. Thomas Street, just south of Bloor) catered mostly to University of Toronto students. Over the ensuing decades, the York site would grow to become its own distinct entity, selling not just books but also stationery, gift items and branded spirit wear to students, faculty and the general public. Just as it was more than 60 years ago, the York University Bookstore remains a hub of activity. Last year, more than 70,000 copies of 3,500 titles in both printed and e-book formats sold online and in-store.  ■