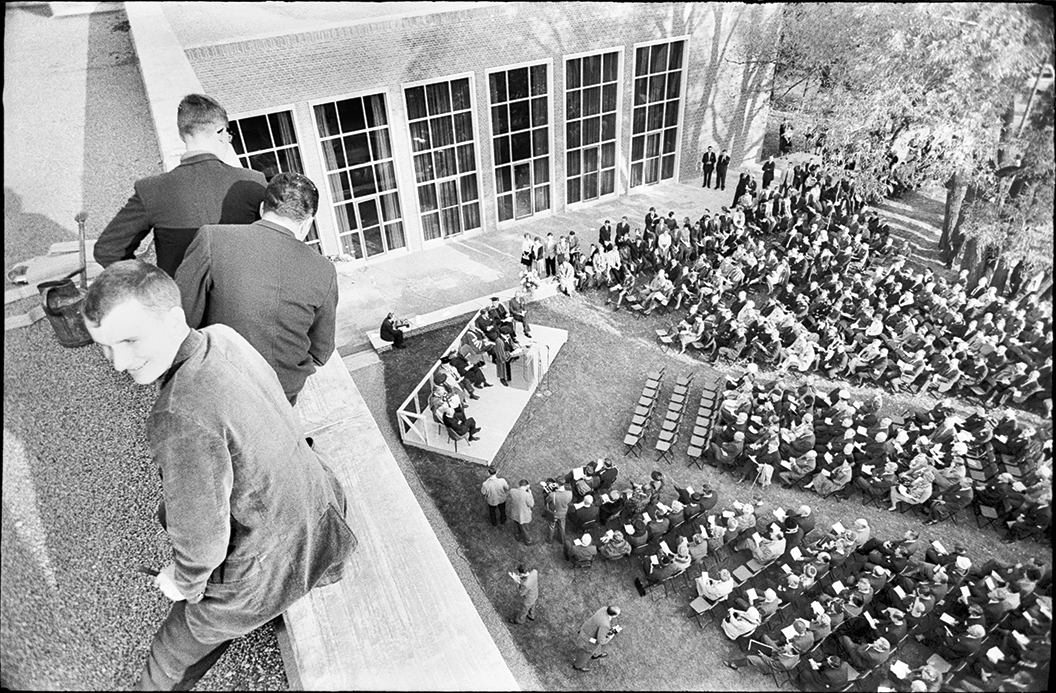 CANADIAN FLYING ACE WILF CURTIS set a new target for himself when in 1957 he, and a handful of YMCA associates committed to the fostering of adult education, came up with the idea of creating a new university in his adopted city of Toronto. Having proven his mettle by shooting down 13 enemy aircraft during the First World War and running the Royal Canadian Air Force (RCAF) as chief of staff in the years immediately following the Second World War, Curtis encountered little resistance in getting his lofty project off the ground. His first line of attack lay in persuading Ontario premier Les Frost and fellow RCAF commander Eric Phillips, then Chair of the University of Toronto’s Board of Directors, to let him take over Glendon Campus as the new non-denominational institution’s primary location. Once he secured the property, Curtis then recruited Murray Ross, also at U of T at the time, to be its inaugural president. York University got lift-off when Ontario’s lieutenant-governor, John Keiller MacKay, bestowed royal assent on its founding on March 26, 1959. Some 18 months later, Curtis was sworn in as the University’s first chancellor at a jubilant installation ceremony held under blue skies on the grounds of the original Glendon College location on Bayview Avenue. The Canadian Aviation Hall of Famer, Order of Canada recipient and commander of the Order of the British Empire held that position until 1968, the year York conferred on him an honorary doctorate in recognition of his pioneering efforts to expand the reach of higher education in his native land. Curtis, who died in 1977, was there at takeoff. He glided the University towards early success. On the eve of what in 2019 will be York’s 60th anniversary, we salute him. A hero to all who pass through York’s doors.